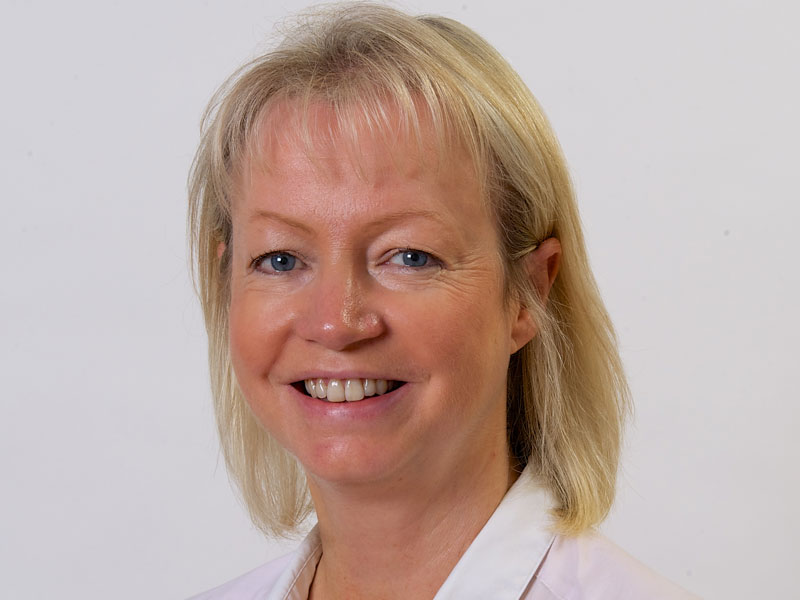 With the continual development of new products and manufacturing techniques in the pharmaceutical industry that require tighter and tighter environmental conditions for production, specialist environmental control systems have never been more important.

It has always been known that certain processing methods require control of the environmental conditions in terms of both humidity and temperature, and conventional heating and ventilation systems have in the past been suitable.  However, the development of new products, particularly biotech based, has shown that many of the systems currently installed cannot provide the close control of relative humidity necessary to ensure consistent quality and optimum productivity, especially at the fine tolerances required for hi-tech development and production needs.

Conventional heating, ventilation and air conditioning (HVAC) systems are generally designed to give comfortable controlled conditions for the staff. Typically, this will be over a range of 18ºC to 23ºC with a humidity range of 40 to 60% relative humidity (RH).  The human body is very comfortable in this range, feeling neither too hot nor too cold.  However, sensitive research and development methods, and manufacturing of products such as pharmaceuticals or medical devices, often require control of temperature and humidity at much tighter limits, typically ±2%RH and ±1ºC.

This degree of control cannot be achieved with standard HVAC systems, but it is possible with specialist humidification systems. 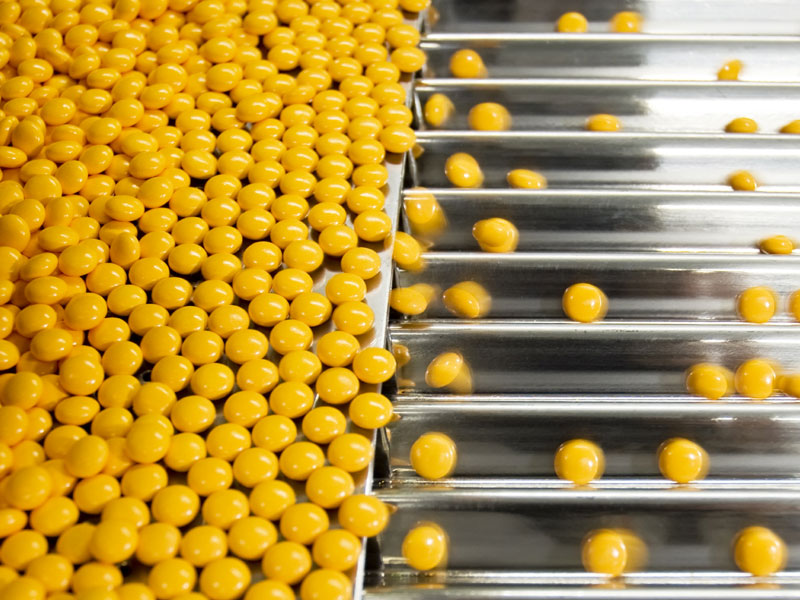 Poor environmental control, particularly in respect of humidity, can directly effect the pharmaceutical production line in a number of ways...

It is not uncommon for companies that are planning new facilities or even re-development of an existing facility to go to a regular consultant to design the environmental control systems. These consultants will often select the same equipment that would be used in an office development for a process environment, without realising the implication to the client.   The design of a system to run 24 hours per day, 7 days a week, with close control, is very different to that required for an office system designed to work 12 hours per day and 5 days per week.  The net result of the wrong selection will be poor environmental control, low productivity and, often, extremely high maintenance costs.

To ensure the most appropriate environmental control is employed from the outset, it is essential that specialists, such as Condair, are consulted to work with the designers in developing the appropriate solution to every application.

Poor environmental control, particularly in respect of humidity, can directly effect the pharmaceutical production line in a number of ways.  Levels of humidity below 45%RH will allow static charges to build up. This can have major implications where solvents are used in the process, and it can also cause the product to dry out, affecting its performance.  Other results of static build-up include products sticking to each other, leading to packing problems.

Equally, high humidity can cause products to absorb moisture during production and final packaging. Some antibiotic tablets are degraded, and their effectiveness reduced, if moisture is absorbed. Where the product is long-term moisture sensitive it will degrade over time packed under the wrong conditions.  Therefore, the control of the production environment is becoming more critical as product development moves forward.

The requirement for environmental control is not just from production areas, it can also be within a production machine. Tablet coatings with aqueous solutions require extremely tight control of air humidity to ensure that the coating does not dry too fast or too slowly.  There are pharmaceutical printing processes that require control of humidity between 95 and 98%RH, with temperature control to better than 1ºC, to prevent water based inks from drying during processing.  This, again, cannot be done with conventional systems, but advances in humidity control capabilities have meant that systems can now be employed to deliver these tight conditions.

In the high technology medical device manufacturing industry, clean rooms are commonly used. The design of clean rooms is well documented.  However, the technology that is used to give the environmental control is again often achieved using standard heating, ventilation and air conditioning equipment.  It is felt that the environment needs to be controlled for personal comfort, and it is assumed that the product will also be stable in this wide-ranging environment. It is not until low productivity levels are found, and the production problems are traced back to the temperature and humidity control, that the importance of the right equipment can be truly seen. 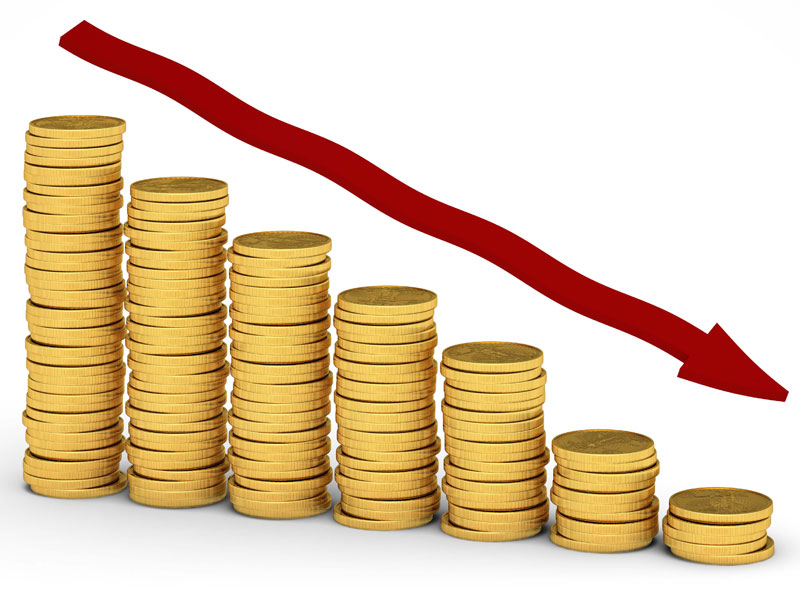 ...an apparently more expensive capital item will actually give a payback inside 12 months.

The problem for many companies is that the finance directors fix the budget for the development.  This capital expenditure budget will only allow the purchase of low cost equipment, particularly in terms of the environmental control plant.  It is rare that the operating costs are taken into account. If they were, it is likely that it would be a very different picture.

Whilst it may apparently cost more to initially purchase specific equipment that will give the optimum control required, the overall running and maintenance costs of correctly selected equipment will often show that an apparently more expensive capital item will actually give a payback inside 12 months.

A classic example of this, particularly in respect of steam humidifiers, is an installation of a typical electrode boiler steam humidifier, costing, on average, £10,000 per year to run and maintain.  This allows for spares, electricity, labour, etc. This typical unit would have a capital cost of around £2,000. By comparison, if medium temperature hot water, or even process steam, is available, the use of an indirect hot water-to-steam, or steam-to-steam humidifier, such as the Condair SE, will have an almost negligible running cost, probably less than £500 per year.

However, the capital cost would be about four times that of an electric humidifier, and because of this high capital cost, it is frequently not considered.  Even though, if total first year costs, capital cost and running costs are considered, the hot water-to-steam or steam-to-steam unit will be around 30% cheaper in the first year, and some 95% cheaper in subsequent years.  Additionally, the hot water-to-steam or steam-to-steam humidifier will give more precise control of the desired set point because of its operating principle.

There has always been a reticence to use cold water systems because of fear about the safety in respect of Legionella or other bacterial problems.  The Health and Safety ACOP L8 document states that, provided the systems meet all the requirements of L8, there is no more significant risk than using steam systems - in some cases less. It is also often assumed that, because a system is steam based, there is no risk.  Unfortunately, this is not always the case.

The major advantage of cold-water humidifiers is that they use less than 10% of the energy used by electric steam humidifiers. Also, because the principle of cold-water humidification is adiabatic, free cooling can be achieved.  This can give cost savings, not only in winter, the main humidification season, when the return air from the production area is warm and typically large quantities of fresh air are used to give free cooling, but also in the summer, when the outside ambient temperatures are high, the air can be cooled by up to 6ºC by the humidifier.

It has always been felt that cold-water humidification cannot be controlled accurately.  Again, this is a misconception.  If fine control is required, the high accuracy control valves can be fitted to allow control to ±0.5°C dew point.

In the field of Research and Development, the control of humidity and temperature can have major implications in bringing a product to market.  This may be from a production point of view, where the yields are often low until the humidity and temperature are accurately controlled; pharmaceutical coating applications are a prime example of this, as is stability testing of pharmaceutical products.

In both of these areas, the control of the environment has been found to be critical. Poor control can give variations in coating, making it necessary to reject entire production batches, often amounting to thousands of pounds worth of stock.  More importantly, falling outside of control parameters in long-term stability testing will lead to a restart. This can put weeks, or even months, on to the research and development time of a new product, enabling competitors to launch similar items sooner and gain that all important competitive advantage.

It can even be financially beneficial to develop specific equipment for an application to ensure that the requirements of airflow, humidity and temperature are all met at an optimum level. Although this does take higher levels of investment, the production yields have been known to increase by as much as ten times that achieved with standard equipment. 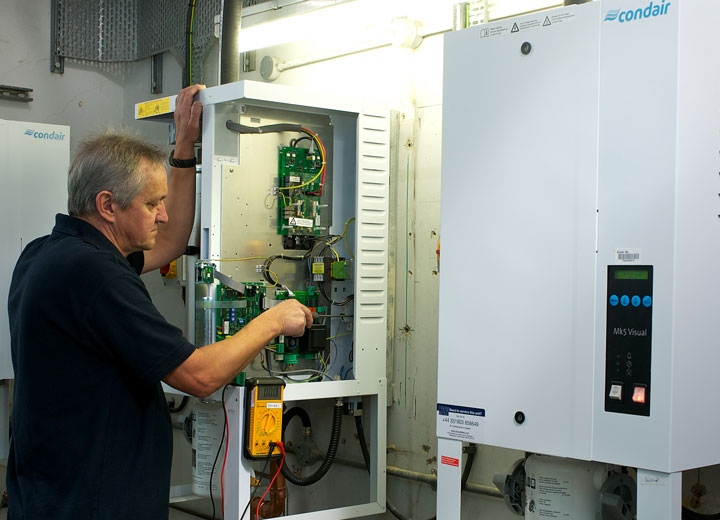 Humidifiers can require frequent maintenance, depending on the quality of the water supply...

Maintenance also plays a major part in the overall stability of a pharmaceutical manufacturing and clean room environment. Humidifiers can require frequent maintenance, depending on the quality of the water supply.  Areas with hard water will require maintenance periods every few hundred hours of operation. Selection of the right type of humidifier allows the use of reverse osmosis treated water, which can reduce maintenance to a once per year overhaul. This not only saves costs in terms of maintenance and down time on the production areas, but also reduces the overall operating costs, as the amount of water used to de-concentrate the mineral build-up is reduced as well.

The costs of running humidifiers can be extremely high if the wrong selection is made.  As outlined earlier, the choice of humidifier needs to be carefully considered at the start of a project.  A standard electrode boiler will, on normal mains water, require the cylinders to be changed or cleaned every few hundred hours of operation. Cylinders can cost upwards of £150 per time. This means that, on a three-cylinder unit, the costs plus labour can mean £500 every two to three weeks. If the initial selection had been for a resistive heater steam humidifier, there would be no replacement cylinders as the boiling vessels are normally made from 316 Stainless Steel. The cost of a resistive humidifier is typically two and a half times the cost of an electrode boiler, but the savings on maintenance will very quickly lead to a payback.

Additionally, the resistive heater humidifier can be run on reverse osmosis water. The electrode boiler cannot, as it relies on the conductivity in the water to cause the water to boil.  In areas that have naturally soft water, electrode boilers may not start or will take several hours to build up the mineral concentration to allow full output to be achieved and, during this period, poor control will be the net result.

The old adages “you get what you pay for” and “caveat emptor” often best describe humidification systems installed in many pharmaceutical and clean room applications.  Humidification has often been described as a “black art” - it is not!  It is an exact science that requires a full understanding of, not only the application, but also the design and control of the process. The selection of the right humidifier for the application and the support of the equipment once installed are critical to the long-term reliability and operation of the system. So, when considering these issues, it is essential that a specialist environmental control expert is consulted instead of regular HVAC consultants.

Back to the Knowledge Hub

Want expert advice from Debbie about humidity control in your pharmaceutical processing facility?

Submit the form and she'll be in touch. 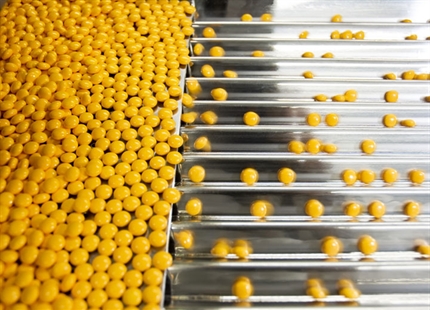 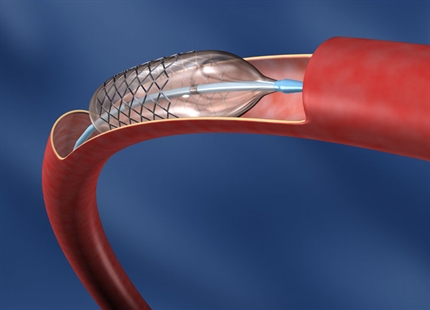 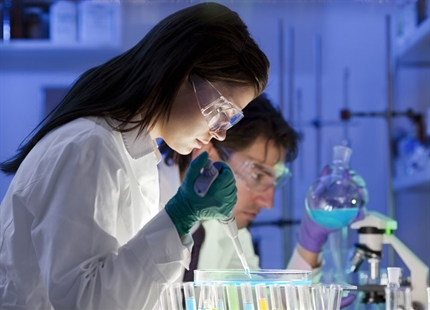 Our pharmaceutical manufacturing clients include: